What is Money and Why Do We Want It? 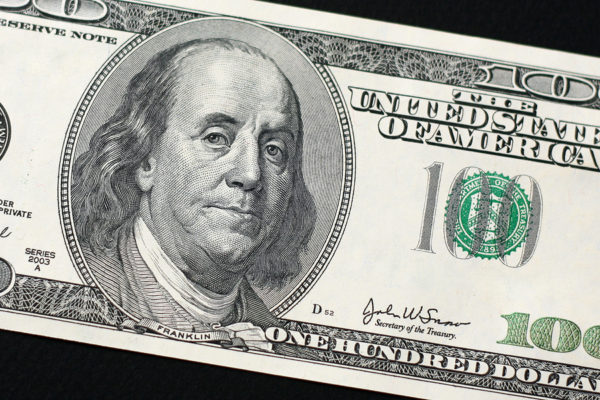 What is Money and Why Do We Want It?

Sometimes we get so caught up in the day-to-day use of money and become so obsessed with acquiring more of it that we fail to see it for what it really is. Therefore, let’s fundamentally define “money” and contemplate its role in our lives.

Money is simply a medium of exchange. It means nothing until it is converted into something else—any product or service that money can buy. Without money we would be forced to obtain goods and services from each other through a barter system. This would be a nightmare because our every want would have to be provided by someone who also wants exactly what we can provide. Despite its many faults, our modern financial system allows for an incredibly efficient exchange of value throughout the world, enabling us to enjoy a much higher quality of life than we ever could through a barter system.

Why Do We Want Money?

Since we do not operate under a barter system, we need money to function. The more we have, the more we can partake of all the wonderful things this bountiful world has to offer. However, we must be careful not to become too obsessed with acquiring more and more of it, because no matter how much we have, we can never fully satisfy our wants. If we are not careful, an infatuation with the pursuit of money can destroy us. Benjamin Franklin observed, “Money never made a man happy yet, nor will it. There is nothing in its nature to produce happiness. The more a man has, the more he wants. Instead of its filling a vacuum, it makes one.”

Some people become so obsessed with acquiring more money that they forget what it is really for. It becomes a symbol of power or a game to see how much they can amass, even if they already have far more than they ever intend to spend in their lifetime. Rather than using money as a means to an end, the acquisition of money becomes the end objective. They may erroneously believe that having tons of money will solve all of their problems and bring them great happiness. They may think that great wealth will erase their fear because it will grant them security. Ironically, I have seen in many cases that great wealth often has the opposite effect because the more people have, the more they fear losing it.

As a society, why do we have such a tendency to hoard money? Could it be generated by the fear of not having enough, not knowing when we will be able to get more, or the desire for a life of ease? Of course we need to set aside and protect a certain amount of money for a rainy day and for the twilight of our lives when we may no longer be able to work. However, once we have enough to meet our basic needs, what are we giving up to incessantly pile up more? How much more good could we be doing with our money, time, and abilities to benefit other people if we were not hoarding it all for ourselves?

As a financial planner, It was interesting to observe the general lack of regard for money among my four children when they were younger. Sometimes when we gave them cash they left it lying around rather than carefully guarding it and tracking it as most adults would. Often it would disappear among their mounds of toys or behind dressers. We would exclaim, “Take care of your money! Don’t you want to hang onto it so you can buy something fun with it later?” I am surprised at how long they took to appreciate its value and to be interested in wanting more of it.

Perhaps my children’s indifference towards money stemed from the fact that all of their needs and many of their wants have always been provided for them automatically. Maybe people cannot really value money until they have to work for it, or until they know how it feels to not have enough of it to meet even their most basic needs. Maybe the people who hoard money the most are the people who have felt most strongly the pains of poverty.

Although my children certainly needed to develop a greater respect for money, can we learn something from them about not being so attached to it? I was touched by their confidence that their needs will always be met and by their satisfaction for what they already had. I never heard them talk about wanting a bigger house or a nicer car, or wishing that we would take more vacations.