Is Money Good or Bad? 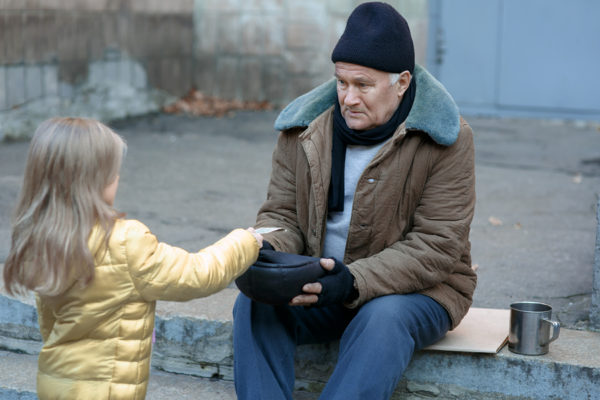 Is Money Good or Bad?

Why is Money Good?

Money is not inherently bad. In fact, great good can be done with money when it is used properly. Good people are often empowered to do even more good when they have money. Think of the Good Samaritan in the Bible. If he were penniless, his ability to care for the man who had been mugged would have been severely diminished, because he would not have been able to pay the inn keeper (see Luke 10:25-37). Thousands of charitable organizations which do a tremendous amount of good throughout the world could not exist without the generous donations of many affluent people.

On the other hand, when we set our hearts upon our possessions, hoard them all for ourselves, or covet other people’s riches, we are headed down a dangerous road that will certainly lead to misery. We must learn to love people, not money.

What Should We Do with Our Money?

Obviously, the primary purpose of money is to provide for the basic necessities of life: food, clothing, and shelter. After we have met these three basic needs, the choices for what to do with our surplus are endless.

I believe that someday we will be accountable to God for how profitably we utilized our resources throughout our lives. Everything we have comes from the great Creator of the universe. When we die, we cannot take any of it with us, so is it really ours to keep? No, we are just stewards over our material possessions for the short time we live on earth, then they will be passed on to someone else.

The rewards we receive throughout life and after we die will be based on how wisely we utilize the money, time, and talents we are granted. It does not matter how much or how little we have. All that matters is whether we were good stewards over what we were given and how effectively we used it to benefit others. Even if you do not believe in a supreme being, you must admit that you feel best about yourself when you know you are using your resources to their greatest advantage and not just for your own benefit.

What Is a Good Steward?

I love the description the Lord gave of a good steward in his “Parable of the Talents” (see Matthew 25:14-30). In this parable, a man gave each of his three servants stewardship over a portion of his money while he was travelling to a distant land. He gave five talents to one, two to another, and one to the last, based on each servant’s ability. A talent was a sum of money.

When the master returned, he asked for a report. He was very pleased with the first two servants because they both had doubled the value of what they had been given. Hence, he gave them both the same reward: “Well done, thou good and faithful servant: thou hast been faithful over a few things, I will make thee ruler over many things: enter thou into the joy of thy lord” (Matthew 25:21).

However, the master was angry with the last servant for being lazy and not making good use of what he had been given. He took the talent he had been given and gave it to the servant with ten talents. Then he ordered, “…cast ye the unprofitable servant into outer darkness: there shall be weeping and gnashing of teeth” (Matthew 25:30).

I find it fascinating that he who turned two talents into four received the same reward as he who turned five talents into ten. Even though the servant with two talents did not earn as much, he was considered to be just as profitable because he also obtained a 100% return. This was just a test to see how wisely each servant would manage a small stewardship so the master could determine whether they would be worthy of receiving much more.

It appears that the unprofitable servant who had received only one talent might have received the same reward as the other two if he had been able to obtain just one talent more than what he received. I am struck by the harshness of his punishment for not doing so. What can we learn from this? Is God testing us the same way right now?

How Can We Be Good Stewards?

Of course I am not suggesting that this parable is only about investing, because it certainly also applies to the proper use of our gifts, abilities, time, knowledge, and other resources, as well as how well we use our money to improve the lives of other people. Surely someone who earns $100,000 a year and gives 10% of it away to people in need will be viewed much more favorably in the eyes of God than someone making $1,000,000 a year who wisely invests 50% of it but gives nothing to others.

Furthermore, I am not suggesting that all of our extra money after meeting basic needs should be invested or given to other people. Sometimes spending money on wholesome recreational activities or for our children’s education is more important. The point is that we need to exercise a balanced approach as we carefully consider what the best use of our money might be in each circumstance. If we are good stewards, we will always treat money with great respect, rather than buying whatever we want, whenever we want it, regardless of the consequences.